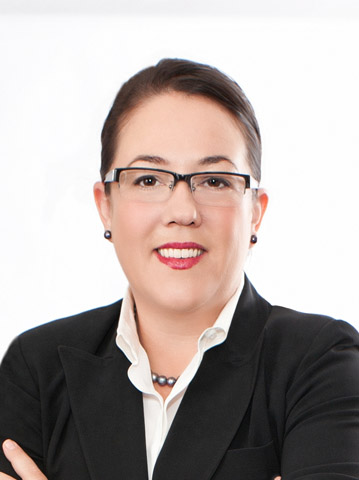 University of California, Davis
Bachelors of Arts in History and Rhetoric,
1995

University of the Pacific,
McGeorge School of Law
J.D., 1998

Kresta Daly is a partner at Barth Daly LLP.

Ms. Daly has extensive experience as a white collar criminal defense attorney. She has represented individuals, businesses and public officials facing criminal allegations ranging from securities, mail and wire fraud to drug and terrorism offenses. Kresta has nearly 20 years of experience in both federal and state court.

Ms. Daly’s clients often contact her long before formal charges have been filed. In some cases Kresta has persuaded the government not to pursue charges against her client based on the information Ms. Daly provided. In other cases she has negotiated favorable early dispositions. She has handled hundreds of cases and has tried more than 65 cases to verdict in state and federal court.

Kresta was named to the Sacramento Business Journal’s Best of the Bar and Sacramento Magazine’s Top Lawyers in 2014, 2015 and 2016.

Kresta is known for her creativity and dedication to her clients.

As a graduate of the National Criminal Defense College she trained under some of the best trial lawyers in the country. That experience taught her that justice is won only through gaining a complete understanding of the person and the case.

Ms. Daly brings a dynamic, client-focused approach to all of her cases. During her career Ms. Daly has handled nearly every kind of case from embezzlement to administrative law to sex crimes to criminal tax cases.

Theft of Trade Secrets: United State v. John Doe – International business can be perilous.  Kresta Daly represented a businessman accused of the theft of trade secrets and suspected of transporting banned materials to suspected terrorist nations.  After months of negotiations the government agreed not to proceed on the more serious terrorism related charges.  The case resolved favorably for the client on other charges.

Securities Fraud:  United States v. John Doe – Ms. Daly represented a high ranking employee in parallel SEC/DOJ investigation.  She obtained a favorable consent decree in the SEC case and her client was not prosecuted in the criminal case.

Fraud: United States v. John Doe – Mr. Doe worked for a university and was suspected of being involved in a conspiracy to defraud the federal government.  The investigation had far reaching implications both for the university as well as for numerous government funded non-profit agencies.  Due to the significant mitigating evidence introduced before the court the client received a substantially below guideline sentence.

Sherman Anti-Trust/Bid Rigging: United States v. Joe Doe – Starting her work long before an indictment issued, Kresta Daly negotiated a no custody time resolution for an individual accused of violations of the Sherman Anti-Trust Act, Wire Fraud, and Mail Fraud.  This case was one in a series of recent prosecutions by the San Francisco Anti-Trust Division focused on foreclosure auctions.

Rape: People v. James Smith – Certain people, such as professionals, have targets on their back.  Kresta Daly represented a lawyer falsely accused of date rape.  The charges were kept out of the media and damage to the lawyer’s reputation was kept at a minimum.  After a year-long investigation all charges were dismissed.

Conflict of Interest: People v. John Doe –  A school superintendent was accused of violating numerous laws including California’s Conflict of Interests bans.  After getting the case transferred to a more favorable jurisdiction the case resolved favorably for the client.

FDA Investigation: Prefile Pharmaceutical Company Investigation – A pharmaceutical company was accused of illegally importing drugs from other countries and selling the medications without proper prescriptions or licenses. Ms. Daly conducted a thorough investigation and persuaded both the FBI, FDA and the various regulatory agencies not to pursue the matter further.

Embezzlement: People v. Jane Doe– Ms. Daly obtained a complete dismissal of an individual accused of embezzling over a half million dollars from a family member. Kresta was retained prior to the filing of the criminal charges, and, by working closely with co-counsel who was defending the related civil litigation, the defense team was able to prove to the government that the client had spent the money exclusively at the direction of the family member who claimed she had embezzled the funds.